by On The Cinnamon 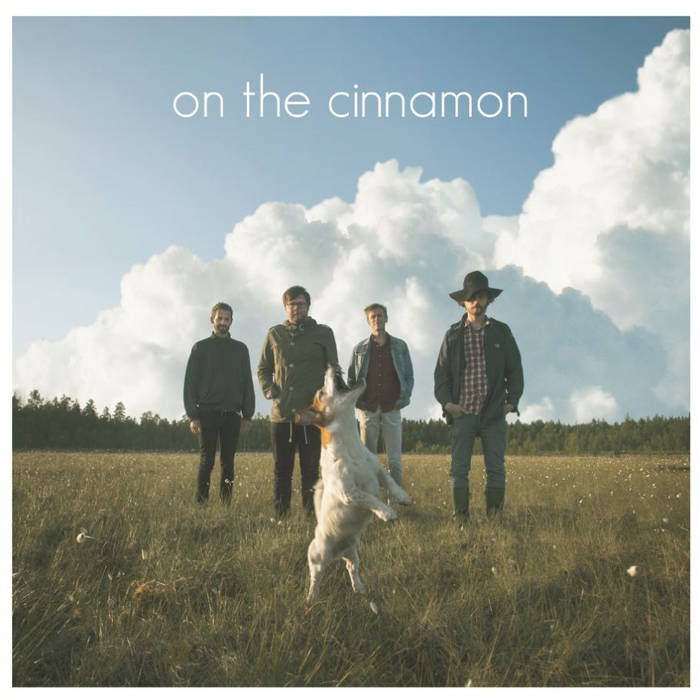 On The Cinnamon performs pop music with melodic ease. Their sound is clear and clean, but never intrudes upon you: they sweeten and heat you up at the same time.

However, cotton-soft sensibility is not the only mood evoked in the Umeå quartet’s debut album: a noticeable temperament flows through all of the nine songs. The group’s style conveys, and emphasizes, the tension that arise between caution and forward movement.

It should be said: On The Cinnamon is a sensitive, tightly cooperative band. Jonas Lindsköld is the undesputed leader figure, being the singer, multi-instrumentalist and songwriter. But his compositions and peacefully, restrained voice is embedded in a congenial way by the nuanced accompaniment from the other members. Per Ericson’s inventive guitar playing fills out the sound, while Kristoffer Fredrikssons drums and Patrik Ågrens base gives speed and shape to the whole.

You can hear that the recording process originates from safeguarding an unconstrained live sound. No parts have been polished down to anonymity, no nifty overproduced tricks challenge the listener’s patience. Yet you have a balanced and vibrant record, safely held together by delicate harmonies and timbres.

Additionally, the record raises historic, musical associations of extremely agreeable kind: “Crumbles” alludes to Simon & Garfunkel’s more bittersweet moments. “Indecency ” is an excellent piece of hazy Americana-pop, right in the neighborhood of Beachwood Sparks. “Hibernates” sends out minor altcountry-vibes and elsewhere you can sense a long-distance relationship with Neil Young’s earliest solo work. Jonas Lindsköld’s vocal style and diction lies, consciously or not, close to the timid and grayed indie represented by The Clientele.

But other interpretations and references are of course possible – On The Cinnamon doesn’t impose their ideas on the listener at any moment. What the band is doing, however, is creating its own imprint with tools that are well known. And that is certainly admirable in itself.

Produced by: On The Cinnamon

All songs recorded in Umeå, from June to August 2013

On The Cinnamon Sweden

Track Name: Crumbles
Come meet me south of the border
Be sure you dress up fine
Leaving must be a solemn thing
For those you left behind

Tell me, did he hit you
Like he hit you in my dreams?
Or is he just as sweet and lovable
As he seems?

On their last day together
He realized there was no more eachother
No more holding hands
No Somerset strolls across the sand
No more love in the air
No loving him, no loving anywhere
And nothing left to say
But he said it anyway

On their last day together
She packed her bags and called her brother
And soon she was gone
Before he knew what was really going on
And his tear wet the rain
Let the rain feel his pain
Track Name: 71 Steps
71 steps to your door
I've never been this close before
Think I got a taste of the love of my life
Passed you in the street, didn't realize

Play that drum and you are lost
In seasoned illness, filled with rust
Silenced mouth begins to shout
Thoughts we really can't be without

No, saddle your crow, we're gone
Gone into the seas of the sun

Saddle your crow, we're gone
Gone into the seas of the sun
Track Name: Hibernates
She plays
With words and phrase
Tries to speak
But hibernates

She roams
In zero point wind
Disappears within
Slush and fire

I roam
In zero point wind
Disappears within
Slush and fire

I saw the cradle
I saw the wine
I saw the genie
Trapped inside
Take him to a special place
Where no one else will go
Bury him
And no one else will know
Track Name: Indecency
Indecency
Caught my eye
And nothing else matters somehow
I fade away, disappear
Reappear
Close to your ear
Cover you with kisses and kings
No one hear what the nightingale sings
But me

True love
It hides
In the corner of unprepared eyes
Seem to surface
When it's ripe
Then it comes into light
Kind and decent
Or violent, strong
And God it's not
Right or wrong
Track Name: When Are You Gonna Come Home?
Morning comes again
Surprise me once again
Caught me sleeping
Pull me back

You turn your head
In the same old way
What things matter to you
Anyway?

To a singer
In a rock n' roll band
Who wears a cap
And got pockets with sand
He dreams of chameleons
To be famous someday
And to sing his songs
In new, mindblowing ways

When love breaks loose
And tortures her every hour and day
Maybe that makes her
Flee away
Track Name: Traffic lights
Passed the shady trees
Followed a gentle breeze
That picked me up
And carried me
To the traffic lights
On our street
It changed to green from pain
Honey
I'm home again

Bandcamp Daily  your guide to the world of Bandcamp